Stop waiting for others to change, to let you relax, to ask for a raise. All you need is to give yourself permission to take the next step! 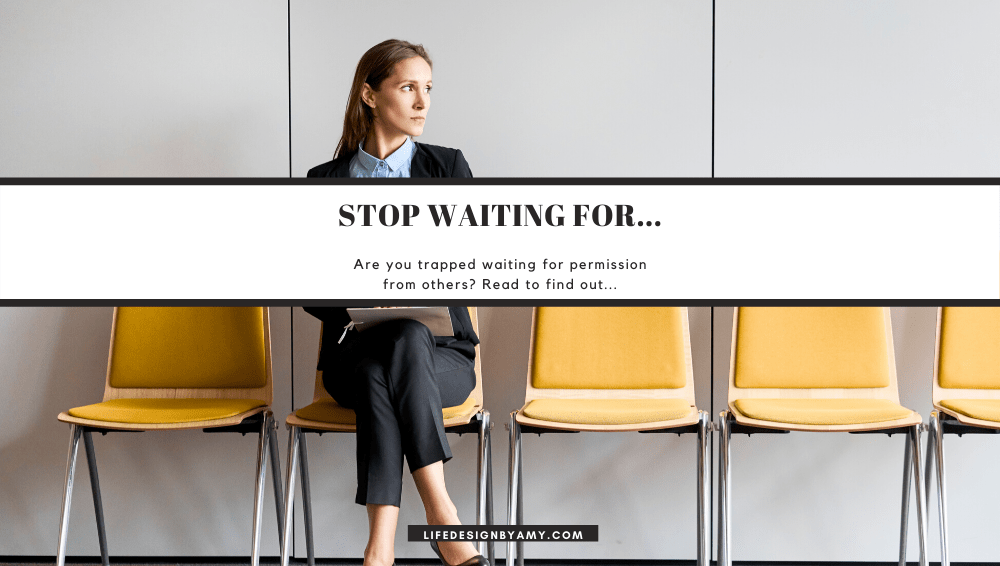 Stop waiting for …permission, someone to buy you flowers, your boss to notice you, etc.

A common item in the self-care sabotage category that comes up frequently in coaching is when clients are waiting for something.  They are waiting around, expecting things to happen, or for people to help assist them in what they want.

What happens here is the wait continues and resentment builds in the meantime.  Clients just want to scream “I want this!,” “Don’t you see me?!,” “Why don’t they know what I want?!”

Here are some examples from above from real clients:

A client waiting for permission from her husband to take a break from watching the kids so she could go do something for herself:

Shannon is a mother of 3 children in elementary school. She has been the sole childcare provider in her home this summer due to COVID and her kids’ camp being closed.  When her husband gets off of work at 5 pm, she expected him to swoop in to take care of the kids so she could take care of herself before she had to log in to work at 6 pm.  Her husband did no swooping and so Shannon’s anger began to build and build.

So we made a plan for her to be direct with him and stop waiting for permission!  She told him when he’s clocked out of work she needed him to tag her out so she could go get ready for work and feel confident the kids were in his hands.  It worked!  Now they have a plan-Shannon stopped waiting for permission and gave it to herself!

A client waiting for flowers from her significant other on their anniversary:

Tina has been dating Robin for 5 months.  She feels their relationship is moving in a good direction, however, she has been upset Robin has not bought her flowers.  This comes from her last relationship where the last person sent her flowers every month for a monthly anniversary.

Upon exploring this in coaching and asking what the flowers symbolized for her, Tina said it wasn’t about getting the flowers as a symbol of their relationship or anniversary, it was just about having the flowers in her home.  She enjoyed looking at them, the smell and she felt they exude positivity in her life in general.

We talked about what it would be like for her to buy herself flowers or simply letting Robin know flowers are something she enjoys.  We discovered this was much less about her relationship and more about her self-care.  Being able to take care of her own needs and not rely on someone else was a huge step for her in her life design!  After buying herself flowers Tina felt empowered and renewed in ways a relationship could not fulfill.

A client waiting for a raise from their boss:

Brian has been working for a new boss for a little over a year.  He manages 3 people below him and feels he has gone above and beyond in managing his team, especially during COVID.  At his last review in April, he received excellent feedback, however no compensation, which was unusual compared to previous years.  He wrote off the lack of compensation due to COVID uncertainty.

So Brian stepped it up with his subordinates and even going above to help other departments that experienced layoffs.  His boss kept giving him accolades, but not a raise.  In our coaching session which was leadership focused, the raise and anger in not receiving it came up.  At this point, Brian was fed up.  So I said, “Well, did you ask for a raise?” and of course he hadn’t.

We role-played how he would address his new boss and Brian decided to bring it up on their weekly Zoom check-in.  The boss apologized and said he didn’t realize compensation was supposed to be given with the annual review!  He said he would make sure Brian received a 20% raise and to keep up the good work!

So stop waiting on others and make it happen!

People are not mind-readers and cannot always understand your expectations or what you want.

It’s as simple as asking for what you want or giving it to yourself!

Putting yourself out there and making the ask or taking the step to give yourself what you want is huge!  It shows you are independent, a leader in your life, and willing to do what it takes to preserve your self-care and happiness.

Share with us what you are going to stop waiting for and make happen on your own on social.

I am an entrepreneur, creator, writer and certified life coach who helps people design the lives they want through transformational life and business coaching.
All Posts »
PrevPrevious“Bullshit makes good fertilizer”
NextWhere do you want to travel to right now?Next 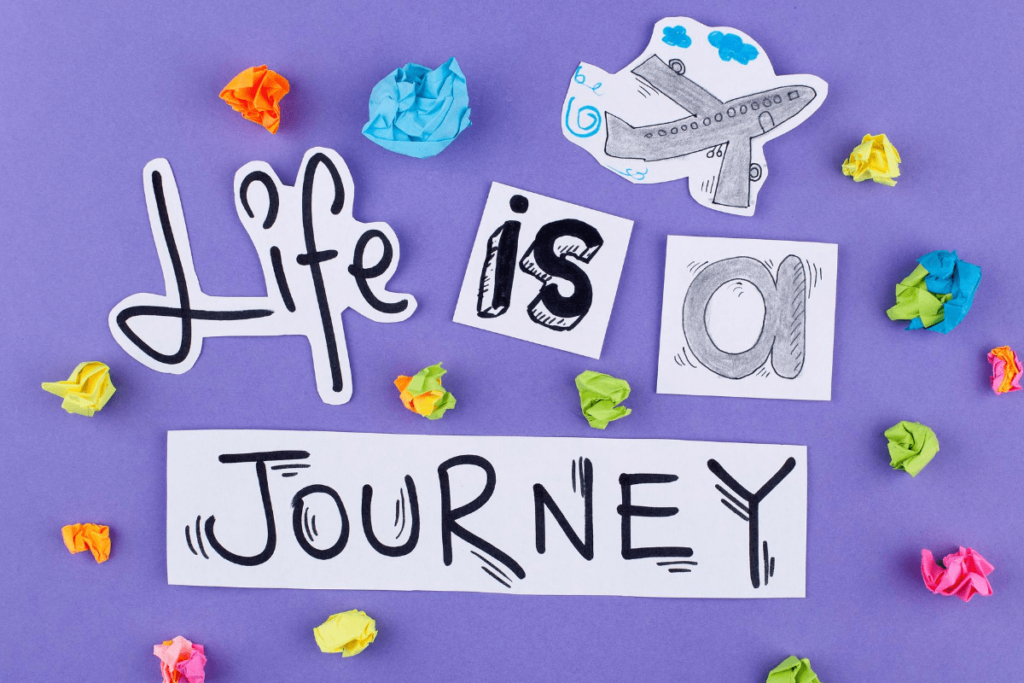